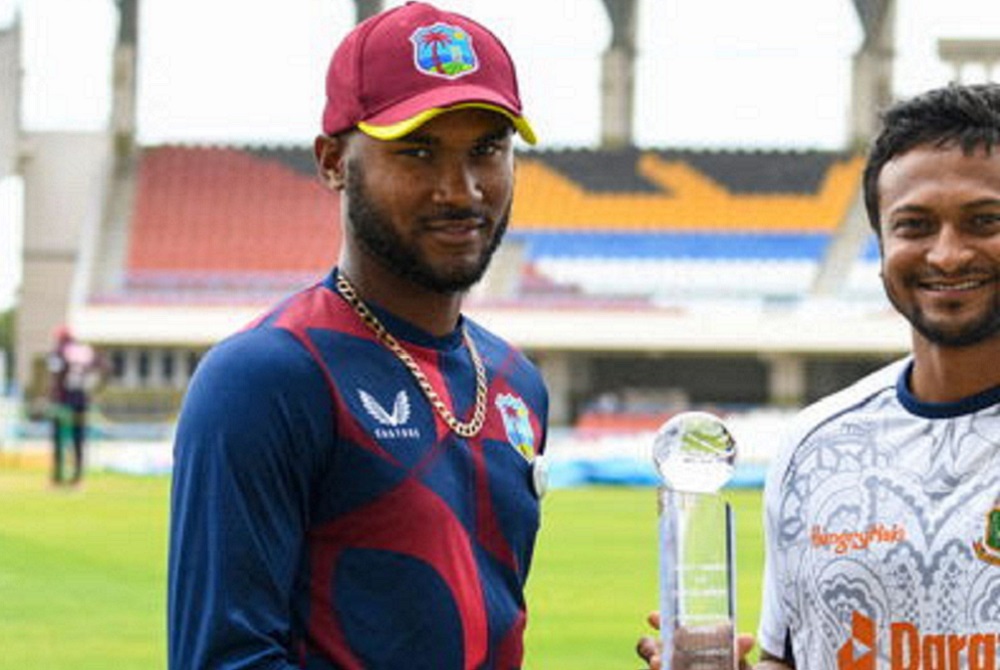 Kemar Roach has been included in the West Indies squad for the first Test match against Bangladesh at the Sir Vivian Richards Stadium. The experienced fast bowler passed a fitness assessment and was added as the 13th player ahead of the start of the Padma Bridge Friendship Test Series, presented by Walton. The match bowls off on Thursday 16 June. The first ball is bowled daily at 10am (9am Jamaica).

Roach has made a full recovery from an injury sustained while playing for Surrey in the English County Championship. Roach is the highest ranked bowler West Indies bowler in the ICC rankings and is West Indies’ leading current wicket-taker in Test matches. He brings a wealth of knowledge and skill to the bowling attack with an impressive record of 242 wickets in 72 Test matches at 27 runs apiece and he is also the leading wicket-taker at the Sir Vivian Richards Stadium with 43 wickets. His career best figures of 6-48 came against Bangladesh in 2009, while his best figures at the venue are 5-8 which also came against Bangladesh in 2018.

Head Coach Phil Simmons said: “It’s brilliant that he’s fit for the Test match. He’s always an inspiration for the younger players we have here and he’s ready to go. With 250 wickets around the corner, we’re happy with what he brings to the table, not just on the field but in the dressing room as well. I’m glad he’s fit and looking forward to seeing him getting out there and doing what he does so well.”

Fans can purchase tickets for the two match Series via the new WINDIES TICKETS service presented by Mastercard, at www.tickets.windiestickets.com. Tickets start from US$6/EC$15 for mounds/grounds entry with general admission seating available for just US$15/EC$40. In addition to being able to choose and pay for your seats in advance, the service allows fans to save their purchased tickets to their device for ticket scanning at the venue, avoiding the need for queues and travel to the box offices. Fans registered for the WI Insider fanmail and on the WINDIES TICKETS service will receive promotional discounts when they buy tickets online for this Series as well as forthcoming T20I and ODI games in the Caribbean.