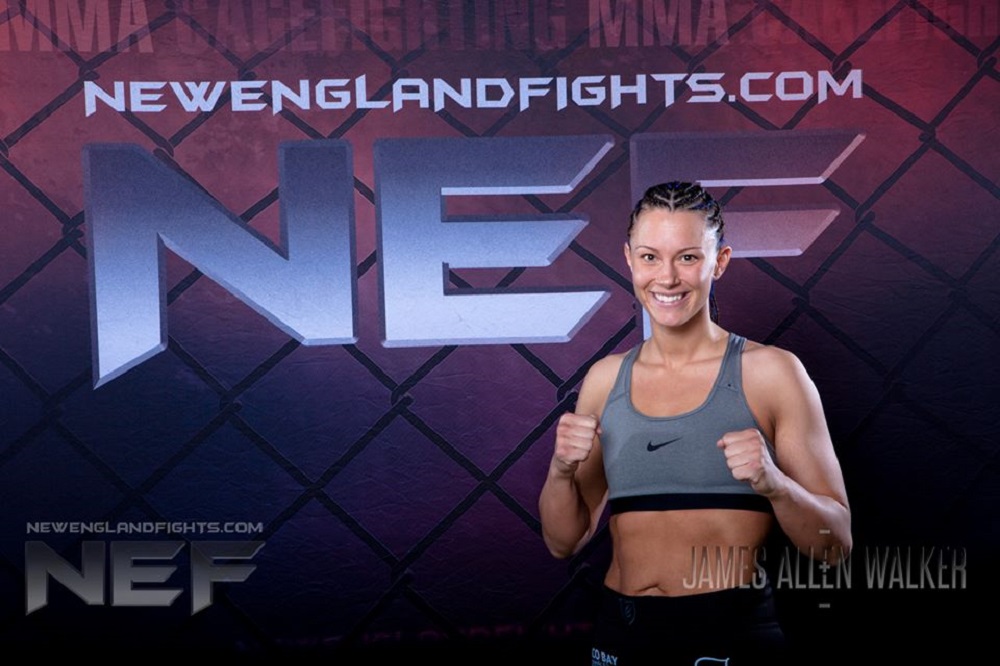 New England Fights (NEF) returns to the Androscoggin Bank Colisee on Saturday, June 22 with its next mixed-martial-arts event, "NEF 39: ALL-AMERICAN." Earlier today, the fight promotion announced the addition of an amateur women's bantamweight bout to the card. Megan Rosado is scheduled to face Sarai Knapp at a fight weight of 135-pounds.

Megan Rosado is currently an even 1-1 since debuting in the NEF cage late last year. She took on Glory Watson at "NEF 36" in September and went the distance in a back-and-forth, thrilling contest. Watson was able to pull out a split decision on the judges' scorecards to take the victory. Rosado returned last month at "NEF 38" in Portland, Maine to face Amanda Bennett (0-2). Again, the fight went to the judges' scorecards, but this time it was Rosado walking out of the cage with the win. She represents Nate Libby's Evolution Athletix based in Saco, Maine.

“I’m super excited to step back into the cage for my third amateur fight," said Rosado. "It’s safe to say that I’m addicted to the whole fight experience! I may not have a squeaky clean undefeated record, but getting a taste of a loss and a win is what makes you more dangerous, in my opinion. I know nothing about my opponent, but that doesn’t even begin to scare me. Im’ma bring it, and I’m going to win on June 22. Don’t miss it!”

Sarai Knapp will be making her amateur MMA debut at "NEF 39" on June 22nd. She will make the 1,000-mile trip from her home state of Indiana to compete against Rosado. Knapp represents Lee Brothers MMA based in Fort Wayne.

"Training mixed martial arts has changed my life," remarked Knapp. "I’m just excited to challenge myself against a tough opponent like Megan. My coach tells me that everybody from Nate Libby’s gym is tough, so we’re getting ready for a fight."

The bout between Rosado and Knapp is the second women's fight announced for the "NEF 39" card. Also on the amateur card that night, Glory Watson (4-0) will meet Caree Hill (4-1) for the vacant women's flyweight championship.