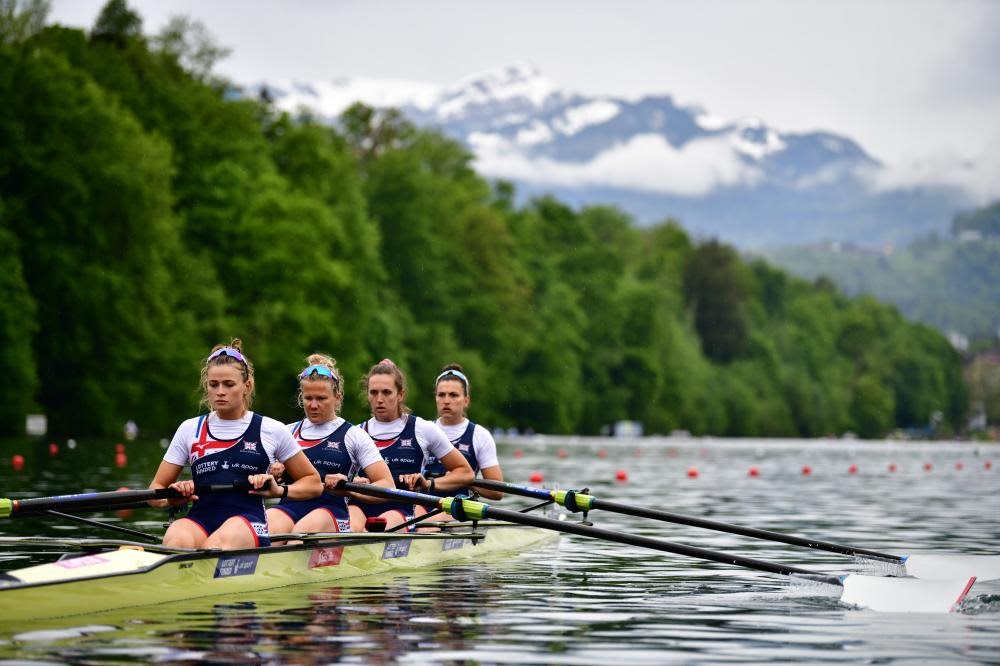 The second regatta of the 2021 World Rowing Cup series was successful for China and Great Britain as they topped the medals table with three gold medals each.

A medal spread included 15 nations with the British leading the way with gold medals in the men’s eight, lightweight women’s double sculls and the men’s four followed by one silver and one bronze medal.

The men’s eight was extremely close between the World Champion German crew and the European Champion British boat. It was neck-and-neck to the line with Great Britain taking the gold on the final stroke. The British men’s four dominated its race with a new South African line up which included London Olympic gold medallist from the lightweight four John Smith taking silver and Romania third.

China also secured three gold medals. The women’s quadruple sculls and men’s double sculls were both reigning World Champions and it is the first time these two crews had raced since the 2019 World Rowing Championships. Also winning gold for the Chinese was Huiru Li in the lightweight women’s single sculls. The 20-year-old Li held off Ireland and Italy to win.

Coming in third on the medals table was the Netherlands. The Dutch gathered a total of five medals including two golds – one in the men’s quadruple sculls and one in the women’s four. The men’s quad are the reigning World Champions and prevailed again in a hard race with Italy and Great Britain. Back on the Olympic programme, the Dutch women’s four’s gold medal has put them in a strong position leading up to the Tokyo Olympics.

One of the closest finishes of the day was the women’s single sculls. Hanna Prakhatsen of Russia got out to a commanding lead only to have the gap reduced with strong sprints by Kara Kohler of the United States in second and World Champion from Ireland Sanita Puspure in third. Prakhatsen held on to the gold, just ahead of Kohler who was racing in her first international race since taking bronze at the 2019 World Rowing Championships.

The event was staged with a strict Covid-19 prevention protocol. This included restricted movement in the venue for all participants to eliminate transmission. No spectators were permitted apart from in designated public areas and everyone at the venue had to wear a mask and practice social distancing.